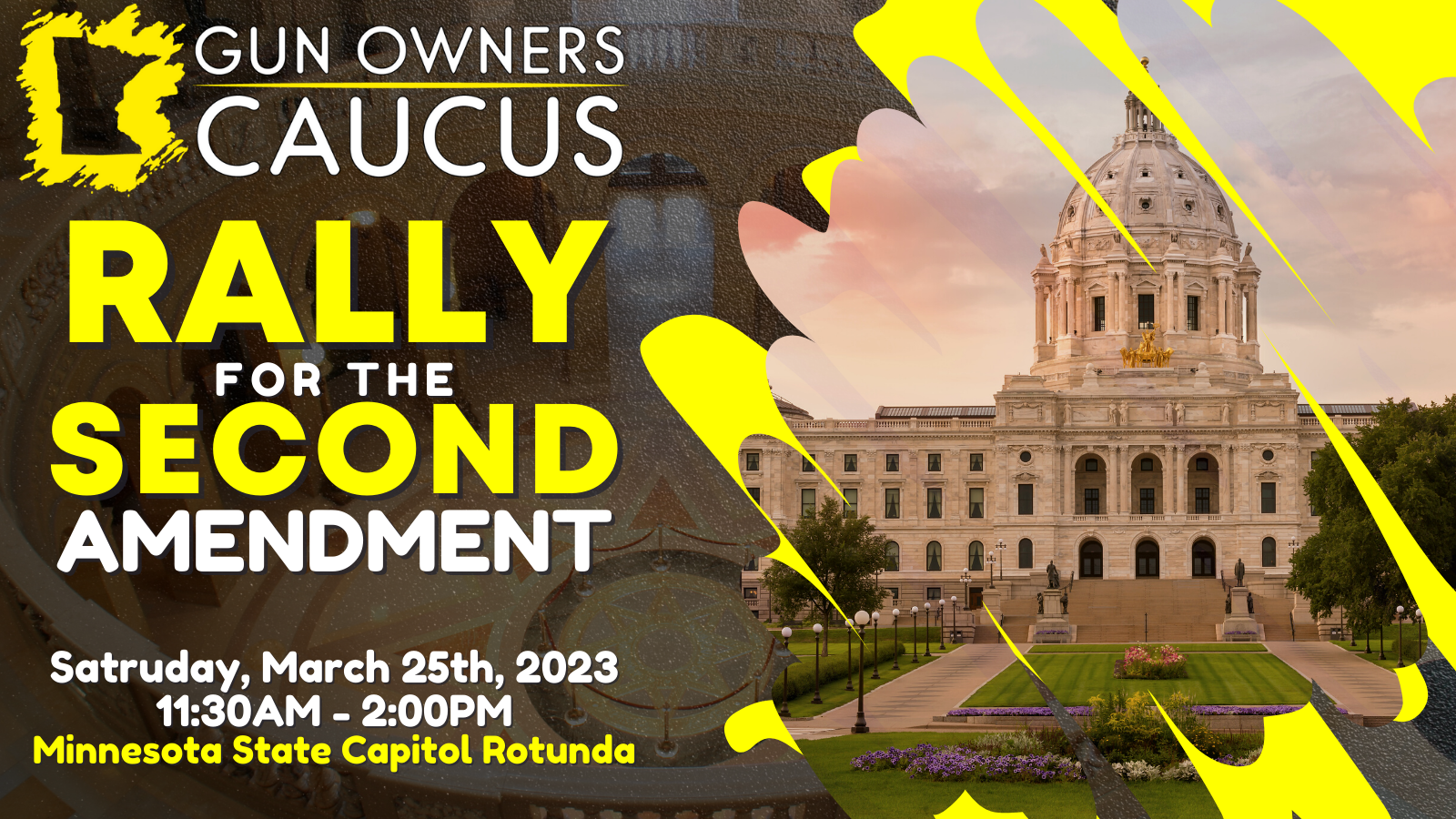 This year, we face an anti-gun DFL trifecta holding control in the Minnesota Senate, the House, and the Governor’s mansion.  They ran on a strong platform of gun control and have promised to take immediate action in the upcoming legislation session.

Groups like Michael Bloomberg’s “Everytown” and “Moms Demand Action” spent millions of dollars to bring their out-of-state funded anti-gun politics to the door of the Minnesota legislature.

We need to keep up the pressure all throughout the entire legislative session to stop gun control in its tracks.

What better way than to have thousands of law-abiding gun owners rally to make sure their voices are heard?

We will have speakers from all over the gun rights movement here in Minnesota, including elected officials.

We’re holding the event on a Saturday so that folks that work during the week can attend – and indoors so that we can avoid any weather challenges in March.

RSVP BELOW, SAVE THE DATE and SPREAD THE WORD.

Note:  You may carry a handgun at the State Capitol Complex as long as you have a valid Minnesota Permit to Carry. Long-gun carry inside the buildings is prohibited by statute. We recommend carrying concealed. Flag poles & signs on a stick are prohibited. Signs and flags are welcome, however – but must be carried by hand.  We will have Caucus signs available.

We hope to see you there!

Join the Minnesota Gun Owners Caucus at the 2023 Rally to Defend the Second Amendment at the MN State Capitol on Saturday, March 25th, 2023