The Minnesota Gun Owners Caucus leadership team manages the organization from day to day, ensuring that we achieve our mission of serving as the trusted voice of Minnesota’s Gun Owners to defend and restore the right to keep and bear arms in Minnesota. 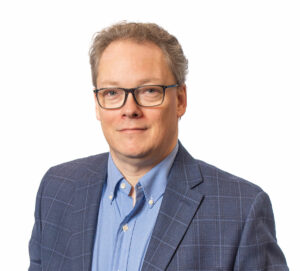 He is a globally recognized crisis management, business continuity, & crisis communications consultant with more than twenty-five years of experience as a business, risk, and security professional. He currently serves as Principal & Chief Executive of a strategic advisory firm based in Minneapolis.

Bryan is an NRA-certified firearms instructor in multiple disciplines. He is also a Minnesota Permit to Carry instructor.

Bryan holds a B.S. in Criminal Justice Administration from the University of Phoenix and a Masters in Business Administration (MBA) from the University of Minnesota’s Carlson School of Management. He is a graduate of the Senior Executive Leadership Program at Northwestern University’s Kellogg School of Management and the National Preparedness Leadership Initiative Program at Harvard University’s JFK School of Government. Currently, Bryan is a Masters of Arts student in the Department of War Studies at King’s College, London where he previously served on the Academic Board of the University.

Mr. Strawser was a Humphrey Policy Fellow at the University of Minnesota’s Humphrey School of Public Affairs during the 2016-2017 academic year. He is currently a Senior Fellow at the Center for Cyber and Homeland Security at Auburn University where his focus is on public-private sector collaboration for national security & cybersecurity issues. 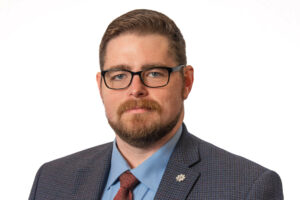 Rob Doar is Senior Vice President, Government Affairs for the Minnesota Gun Owners Caucus. In this role, Mr. Doar is responsible for all aspects of our legislative and political activities, including legislative strategy, lobbying, political strategy, and coordination with other gun rights organizations such as the Firearms Policy Coalition, 2nd Amendment Foundation, GOA, and NRA. Mr. Doar also performs the same role for our connected political fund, the Minnesota Gun Owners Political Action Committee.

A citizen lobbyist for over a decade, Mr. Doar has been a consistent face seen by legislators at the Minnesota Capitol. Mr. Doar has had a profound influence on pro-gun legislation, outdoor heritage, and public safety policy. As a lobbyist for the Gun Owners Civil Rights Alliance, Mr. Doar was a key part of defeating the 2013 push for oppressive gun control. Mr. Doar’s expert testimony has made national headlines, and the strategy he helped cultivate has been successfully applied all over the country. Mr. Doar is consistently sought by respected journalists and media outlets for expertise on firearm and public safety policy and has participated in dozens of local, regional, and national news interviews and podcasts.

Mr. Doar has served as a staff member and in campaign leadership for races at local, state, and federal levels in Minnesota. Mr. Doar holds a certificate in Public Safety Leadership and an associate’s degree in Law Enforcement from Century College, a bachelor’s in Criminal Justice from Bemidji State University, and is currently enrolled at Mitchell-Hamline School of Law.

Mr. Doar is an avid outdoorsman and serves with the US Air Force Auxiliary as an Incident Commander for Search and Rescue and Disaster Relief operations, a volunteer EMT, and with the American Red Cross as a disaster responder. 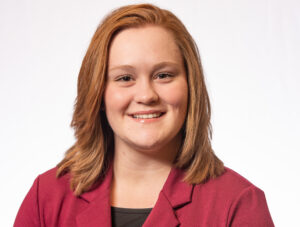 Elena Mingo is the Operations Assistant for the Minnesota Gun Owners Caucus. In this role, Ms. Mingo is responsible for customer service, membership processing & fulfillment, our online store, and supporting the general operations of the Caucus.

Elena is a recent graduate of Blaine High School. Her previous political experience includes work with several political organizations as a phone banker and political assistant.