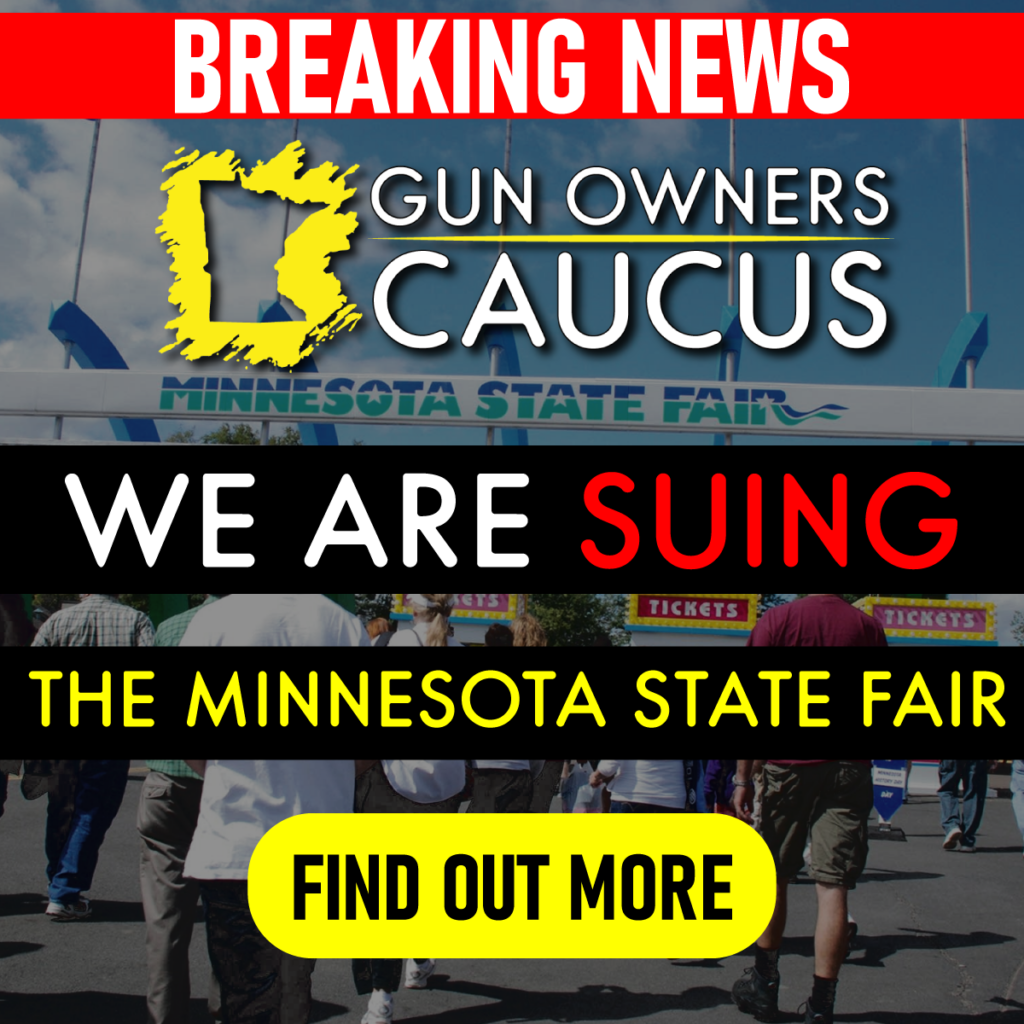 The State Fair has, for years, claimed that firearms are prohibited at the State Fair and has occasionally posted signs to this effect. In 2020, the State Fair announced that they would be installing metal detectors. In addition, the State Agricultural Society chose to disband their police department and instead has contracted with Ramsey County and the Ramsey County Sheriff’s Department, through a Joint Powers Agreement, to provide law enforcement services at the 2021 State Fair.

As a subdivision of the government of the State of Minnesota, the State Agricultural Society, which operates the Minnesota State Fair, is completely preempted by state statutes from interfering with the lawful exercise of a Minnesota Permit to Carry under MN 624.714 and from local regulation of firearms under MN 471.633 and MN 624.717.

We are seeking an injunction against the State Agricultural Society, Ramsey County, and Sheriff Fletcher prohibiting them from excluding or ejecting Minnesotans with a valid permit to carry from the Minnesota State Fair and an order requiring compliance with the Minnesota Government Data Practices Act and the imposition of a civil penalty for their violation of the act.  We are also asking for the award of our full costs, expenses, and reasonable attorney’s fees incurred in this action.

The Minnesota Gun Owners Caucus is a plaintiff in this case.

The Minnesota Gun Owners Caucus is represented in this case by Scott M. Flaherty of Taft Stettinius & Hollister LLP in Minneapolis.

HOW YOU CAN HELP

You can make a tax-deductible donation directly to our Support Fund at this link.

You can also support our Support Fund through your purchases on Amazon through the Amazon Smile program. It takes just a few minutes to set up through our easy step-by-step guide.