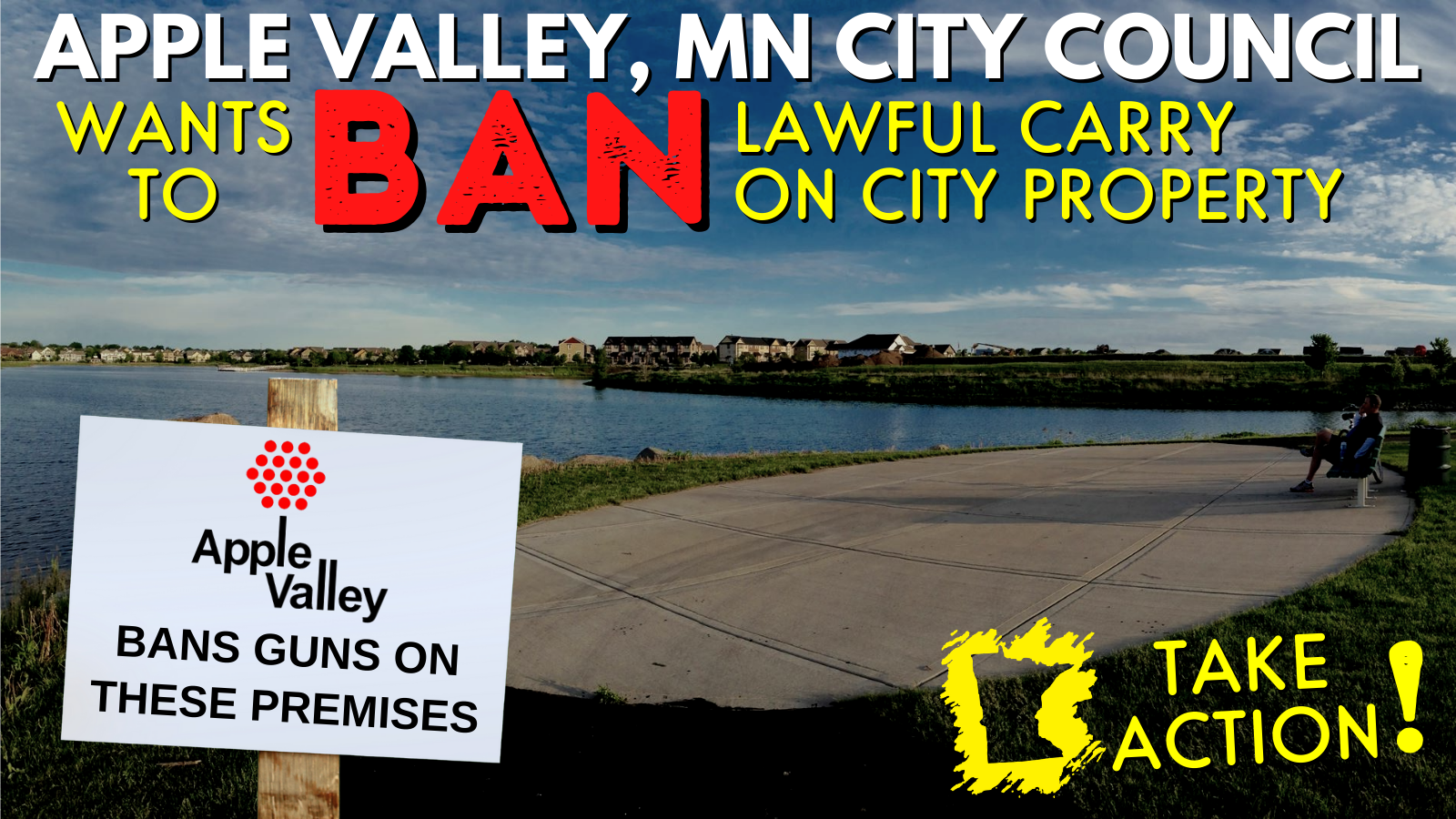 The City of Apple Valley is proposing to ban lawful carry on city property – including city park facilities and property.

You can read Apple Valley’s proposed ordinance at this link on the city’s website.  Their proposed ordinance bans all possession of firearms, shotguns, rifles, pistols, and revolvers without a special permit issued by the City Council.

This proposed ordinance is prohibited under Minnesota statutes – specifically 471.633 which is Minnesota’s preemption law on firearms regulations – and 624.714 which expressly prohibits cities like Apple Valley from limiting the exercise of a Permit to Carry.

We have advised the city of the issues with their ordinance and they are determined to move forward at the City Council meeting on April 14th at 7:00 pm.  We need to stop this ordinance in its tracks before it is passed into law.

TAKE ACTION TODAY TO STOP THIS RIDICULOUS AND ILLEGAL ORDINANCE:

IF YOU ARE A RESIDENT OF APPLE VALLEY

We’ll be there in force to stop this nonsense.  We hope you can join us.

What’s the plural of “Omnibus”? Omnibuses? Omnibi
Next Post: UPDATE: Victory in Apple Valley, for now.