In a press conference on Sunday, President Joe Biden took questions on Saturday’s Texas synagogue attack and inadvertently admitted that gun control does not prevent criminals or those intent on inflicting harm from acquiring firearms. 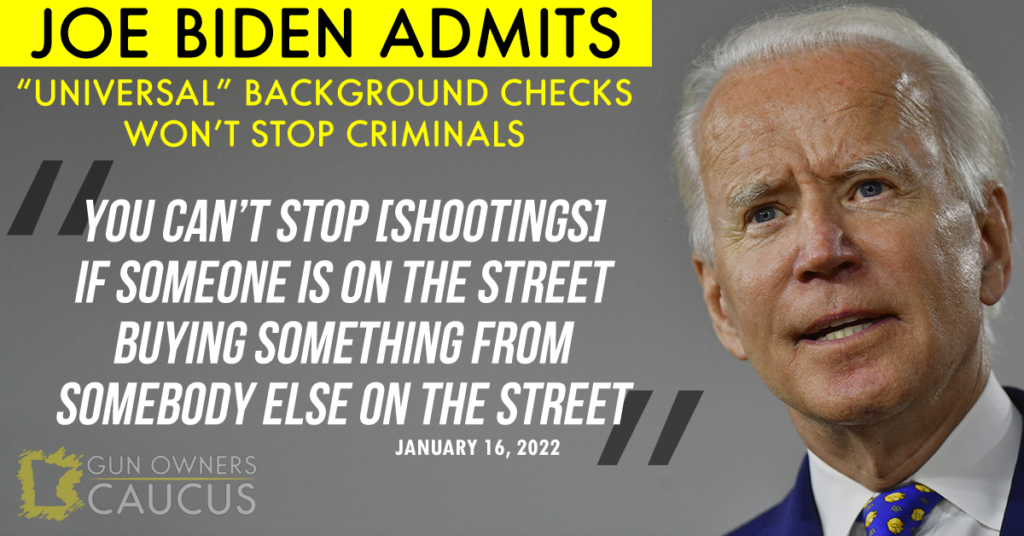 Q:    Mr. President, how could this man have gotten weapons?  There’s reports that he’s only been in the country for a couple of weeks.
…

Q: Does that have ramifications for the push to ensure that guns are not available?

A:  Well, no — well, it does but it also doesn’t.  The guns are — we should be — the idea of background checks are critical.  But you can’t stop something like this if someone is on the street buying something from somebody else on the street.  Except that there’s too — there’s so many guns that have been sold of late; it’s just ridiculous.

And it’s because of the failure of us to focus as hard as we should and as consistent as we should on gun purchases, gun sales, ghost guns, and a whole range of things that I’m trying to do.