Press Release: The MN Gun Owners Caucus & PAC will not endorse a candidate for Governor of Minnesota in 2022 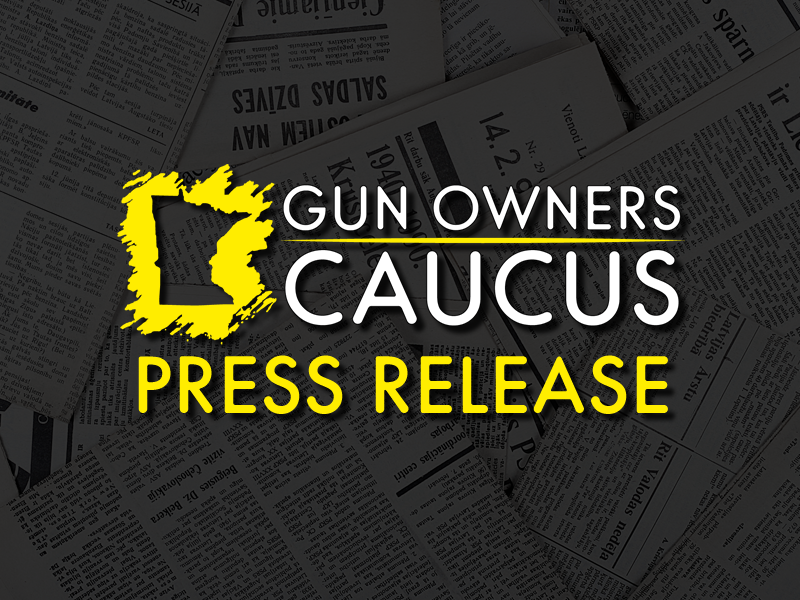 The Minnesota Gun Owners Caucus announced today that they will not endorse a candidate for Governor in the 2022 general election.

“While Governor Tim Walz has voiced nothing but disdain for the Second Amendment rights of Minnesotans, our organization must stand by our commitment to our members that Dr. Jensen would not be eligible for future endorsement by our organization, ” added Strawser.

As a Senator, Scott Jensen never voted for a gun control bill.  He has voiced nothing but support for the 2nd Amendment in his campaign for Governor. At the June 2022 MNGOP Convention, Dr. Jensen apologized to the delegates for his previous support for gun control and reaffirmed his commitment to signing pro-2nd Amendment legislation if it hit his desk as Governor.

The Caucus has put together an informational website about Dr. Jensen’s record at ScottJensenOnGuns.com which explains his factual record on gun rights in great detail with links to source documents, audio clips, and videos.

“Voters will have to decide whether or not to trust Dr. Jensen with their Second Amendment rights, ” said Strawser.

Our letter to Dr. Jensen informing him of our endorsement decision can be viewed on our website at this link.